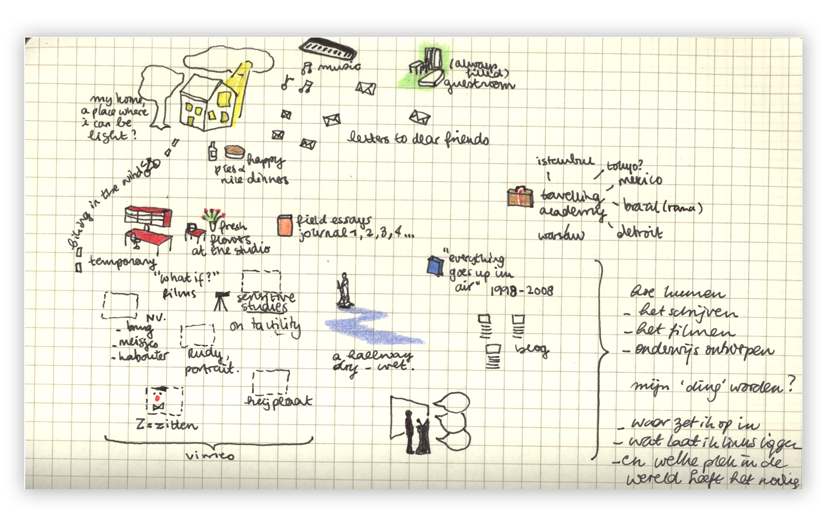 Personal retrospective in a group show about blurring boundaries in today’s artistic practices. A chance to figure out how to place Field Essays at the centre of my practice.

Part 1 consisted of three tables (skewed copies of the ones in my home studio) displaying drawings and writings, as well as (yet) unrealised plans, with amongst others, sketches of the upcoming Field Essays, Issue zero. In the back two films (En Garde & Gnome revolution) screened side by side, complementing and mirroring each other visually.

Part 2 consisted of paper scale models of places where I have worked, or would like to work one day. A model train rode up and down these memories and longings, transporting a miniature band and soundtrack.