Me you and everyone we know is a curator: quality in the age of visual overload (2009) was the first of three end-of-year symposia on the changing field of visual culture held in Paradiso, Amsterdam. The title is a tribute to Miranda July’s Learning To Love You More blog, and the way she playfully bridges online and offline worlds. The symposium questioned the quality gatekeeping and criteria of online artistic production. The line up included Andrew Keen, Bruce Sterling, Henk Oosterling, Rick Poynor, Aram Bartholl (image), Sarah Cook, Upload Cinema, Mediamatic, Julia Noordergraaf, Metahaven, and Lucky TV.

Playful yet committed, blissful yet critical: it seems the only feasible attitude when engaging with the ‘wild west’ of digital culture. What we certainly need is a ‘media savvy mind’: we need to gain insight into how we identify with images in an intercultural world (Henk Oosterling, p 21), and we need to learn to navigate that world. Second, we need bodies, both physical and institutional, which are capable of leaps of faith, and which can perform contradictions (see Bruce Sterling on armour and beach marine aesthetics, p. 15). – Sophie Krier, Epilogue, 2009 reader.

I don’t know where I’m going but I want to be there: the expanding field of design I & II  (2010-2011) explored upcoming domains of work intimately linked to graphic design. In conjunction with the symposium, a book was realised, in which historical graphic references were paired with contemporary works. The line up included Alice Rawsthorn, Thomas Lommee, Lust, Erik Kessels, DJ Spooky, Julian Bittiner, Dunne & Raby, Metahaven, Hendrik-Jan Grievink, and Stefan Sagmeister. Experimental Jetset designed a lecture in the form of a t-shirt, and a 7 min juggling course by Paul Griffioen (Ravioli) initiated the audience to the art of expanded consciousness.

What used to be a culturally defined, craftsmanship-based profession has evolved into a popular, democratised discipline permeating all types of media. Today’s visual communication functions as a breeding ground for both text and image, which are produced and consumed simultaneously in networked loops. Contemporary practitioners generate their own context and rules, and navigate the world through an array of sampled media, methods, styles, and ideas. No one knows where graphic design is going, or what it will be called tomorrow. What we do know is that it’s on the move.  – Premise 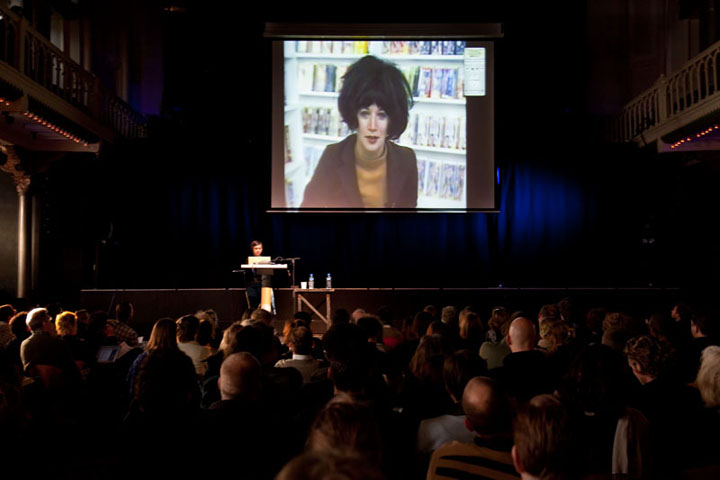 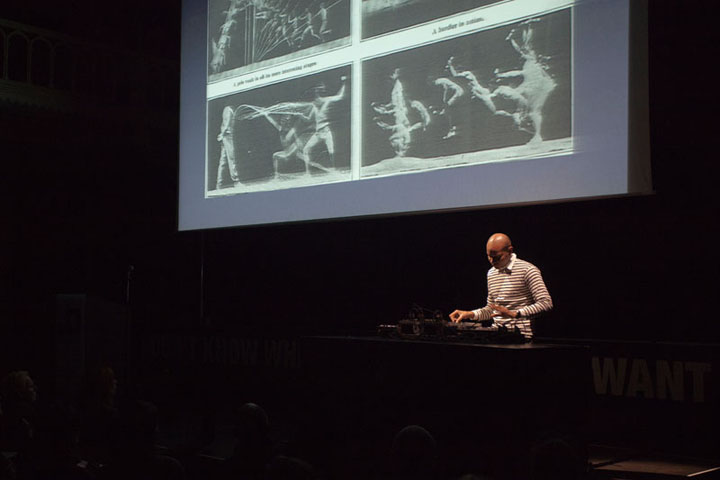 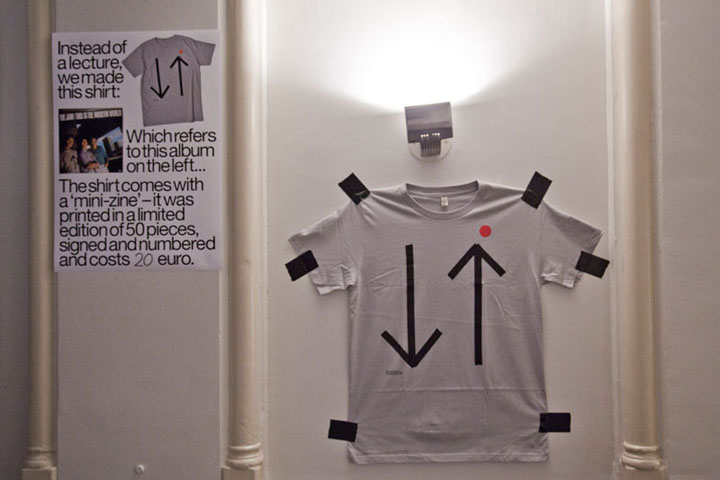 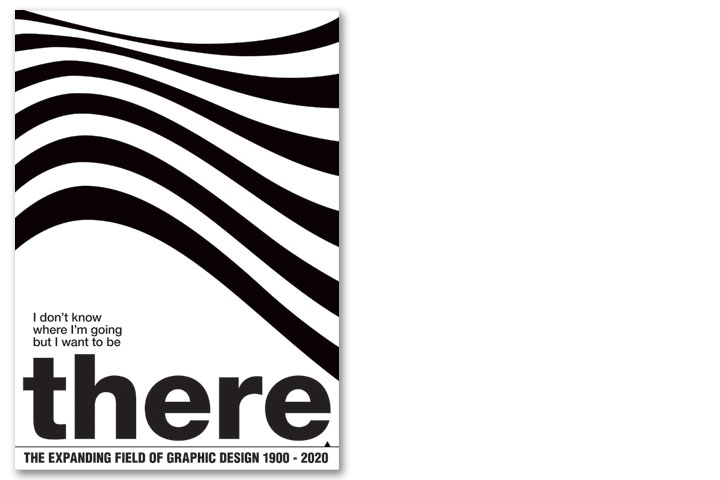