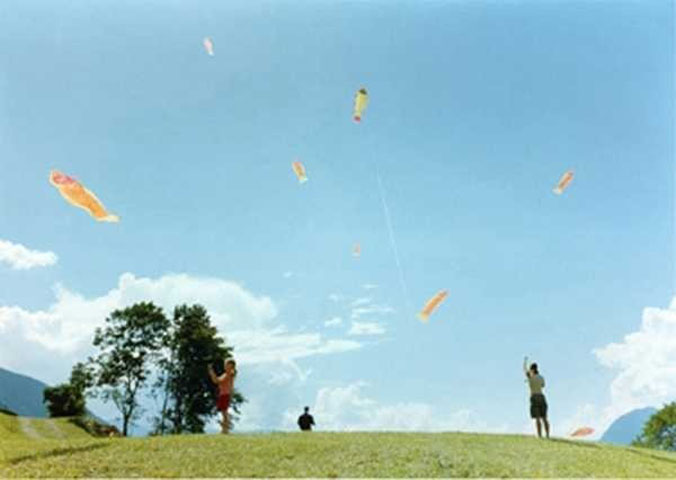 Born in 1969 in Kobe, Shimabuku is an artist who collects unusual encounters. Inspired by the International Situationist walking tours, he studied in Osaka and in San Francisco before travelling in the different harbours of the world, in Japan, Brazil, France, Netherlands and USA. Shimabuku’s humorous and imaginative approach, as well as his focus on harbours, remind me of the work of Brynjar Sigurdarson, featured in the upcoming issue of Field Essays.

“I really felt at home in Albisola, because it had the sea, mountains and octopuses just like my hometown of Kobe! I was so surprised to see octopus dishes in the hotel restaurant! I started to wonder how people in Albisola catch the octopus. In my hometown, people catch octopuses using ceramic. They simply string many pots on a long rope and let them sink to the bottom of the sea. No bait is used. When the trap is retrieved in 24 to 48 hours, the octopuses are found inside the pots. This method takes advantage of the fact that octopuses like narrow spaces. Danilo, my ceramics craftsman told me that Italian people used to use a similar method a long, long time ago. Danilo and I decided to do things the ancient Italian and my hometown’s way and catch octopus in present day Albisola using self-made ceramic pots.” – Shimabuku quoted on Air de Paris.